Belize’s culture is particularly fascinating due to deep roots originating in the nation’s populace that include African, U.S., Caribbean, Asian and other ethnicities. These are just a few of the cultural components that distinguish Belize from all other nations.

Belize’s religion: A large segment of Belizeans are Roman Catholic, a faith brought to the land by Spanish priests. Colonization by the British introduced Protestantism, and spiritual practices with deep roots in Maya and Garifuna societies that pair Caribbean and African belief systems grounded in shamanism.

Belize’s languages: Having been colonized by Spanish and British colonists who exported slaves from Africa and the Caribbean rim, Belize languages include Mayan, Spanish, Creole and the most frequently spoken: English. Visit and you could also hear German, Chinese, Middle Eastern and Arabic dialects spoken by Belizeans. 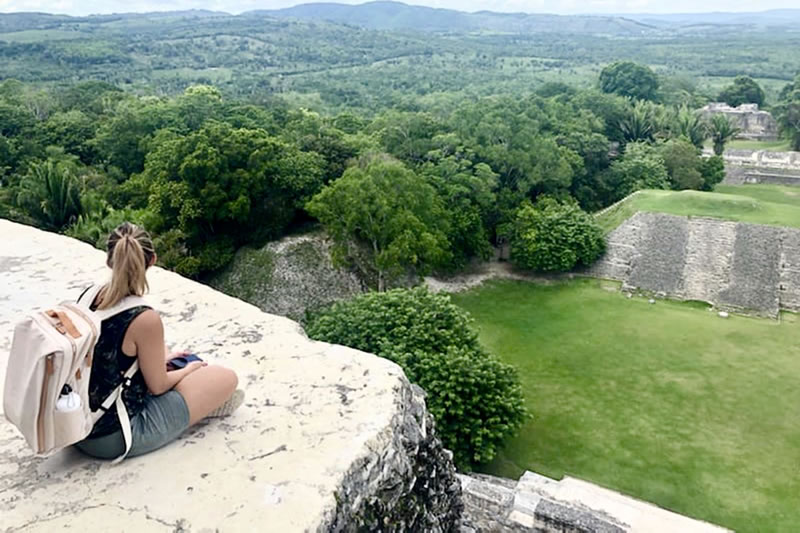 Belize music: Belize is most closely identified with percussion instruments, especially drums, essential to music traditions for which Garifuna people are known. These descendants of West Africans and Arawaks consider drumming essential to all aspects of life, but contemporary music isn’t given short shrift. The Belize music scene is eclectic and includes Brukdown, Reggae and rock and roll.

Belize marriage and family practices: Ceremonies and rituals associated with weddings range from high mass celebrating the nuptials of Catholic couples to ceremonies performed by priests that harken back to Caribbean, Garifuna and Maya traditions. Single parenthood is widespread and bonds with grandparents are tight, which is why multi-generational families often live under one roof.

Belize’s ethnic mix: A distinct cultural quilt of colors, faiths, rituals, belief systems and practices, the blending of ethnicities give Belizeans a sense of belonging while retaining distinct heritages. Mutual respect and appreciation for each other’s differences makes Belize a nation known for its harmony.

Want to learn more about Belize culture? A visit is called for and if you’d like to immerse yourself in more than just the culture, stay on a small offshore island that pairs luxury with opportunities to learn more about Belize society. Coco Plum Island Resort is a one-of-a-kind tropical island that meets the desires of discriminating travelers. It’s small, intimate, gorgeous and filled with pleasures that range from zero crowds to posh digs designed for privacy and intimacy.

Current Belize vacation specials and packages allow you to explore every cultural aspect of Belize society while you save money. Because the island is so tiny, reservations can be hard to get, but if you plan ahead, you’ll be rewarded. Just don’t forget to bring your curiosity when you come! And if you find that Coco Plum is all booked up, check out her newest Sister Resort: Manta Island Resort, located on Glover’s Reef.